Ooty, formally known as Udagamandalam is a town and a region in the Nilgiris region of the Indian province of Tamil Nadu.

Lal Bagh Botanical Garden – Lalbagh is one of the oldest botanical gardens in India and is also a major tourist attraction in South India. The Lalbagh Botanical Garden is not only one of the largest botanical gardens in India, but also the first of its kind, with planned routes, glasshouses, and ornamental flowers growing throughout the garden. Lalbagh is spread in 240-acre and garden houses some over 1,000 species of plants including some 100-year-old trees.

Nandi Temple – Nandi temple, popularly known as “Dodda Basavana Gudi” by the locals is one of the heritage temples of Bangalore. Located inside a park known as Bugle Rock, this temple was built to appease a wild bull that used to destroy the peanuts cultivated in this region. The statue is 6.5 meters long and 4.5 meters high. This is also considered to be one of the biggest temples of Nandi in the entire world.

Tipu Sultan Summer Palace – This summer residence of Tipu Sultan was built in the year 1791. The uniqueness of this two-story building is that it is entirely made of teak wood with wooden pillars supporting the foundation of the palace.

Vidhan Soudha – It is the largest Legislative building in the entire country.  Vidhan Soudha also has almost 300 rooms, which accommodate around twenty-two different departments of the State Government.

UB City Mall – UB city mall is the biggest commercial and luxury mall in the city that offers exemplary ambiance, throngs of chilled and excellent restaurants serving all kinds of cuisines, top coveted international brands, extravagant architecture, and central location and it is also one of the best things to see in Bangalore

Ooty Lake– Ooty Lake is spread over 60 acres offers boating to tourists and is a major attraction.

Ooty Botanical Gardens– The Botanical Garden is spread over 22-acres and is in existence since the mid-1800s. A flower show is held every May. The Gardens have around a thousand species of plants, shrubs, ferns, trees, and herbal and bonsai plants.

Government Rose Garden– The Government rose garden is one of the largest rose gardens in India with more than 20,000 varieties of roses

Raj Bhawan Ooty– Raj Bhawan Ooty is the summer residence of the Governor of Tamil Nadu. Gardens here consist of ornamental gardens in an area of about 9 acres, a rich lawn on 3 acres, four rosaries, two lily ponds, a sunken garden, two greenhouses, a vegetable garden, and a nursery.

Doddabetta Peak– A viewpoint surrounded by dense shola forests from where one can have a panoramic view of the area.

Thunder World – Looking for some fun activities to do around Ooty? Head to Thunder World, one of the famous Ooty places, also known as Dinosaur Park, located at North Lake Road, near the Ooty bus stand. Famous for the Haunted House, Jurassic Jungle, Vortex ride, and much more, this is one place that will be loved by kids in all age groups. This amusement park features a lot of dinosaur models that come with light and sound effects. This place combines themes like horror, technology, and history to give you a unique experience. Do not miss the Camera Museum, 5D theatre, and the Rain Forest when you’re here. There’s an indoor showroom and a food court as well.

Pykara Lake– The Pykara Lake formed after a dam was constructed on the Pykara river. There are two waterfalls over 50 meters in height that is popularly known as Pykara falls and are major tourist attractions. En route one also stops over at Shooting point, a point where many movies were shot in past.

Mysore Palace – The second most famous attraction in India, the first being the Taj Mahal, Mysore Palace is easily one of the most imposing architectural buildings in the country. It is amazing that the palace was only built in the 20th century and is the fourth structure to be constructed in the same location.  The Palace is a spectacle that comes every evening when it is lit with approximately 97,000 lights.

After breakfast check out from the hotel and drive to Mysore. Mysore is a renowned tourist destination and popular with heritage travelers with Mysore Palace being the main attraction, later visit Mysore Palace, St. Philomena's Church, and 150 years old Jaganmohan Palace. Overnight, stay at a hotel in Mysore.
3

After breakfast check out from the hotel and drive to Ooty. Enroute visit Pykara waterfalls. On arrival, check into your hotel. And in the evening enjoy boating at Ooty Lake. Overnight, stay at a hotel in Ooty.
5

After breakfast enjoy a train ride on the Nilgiri Mountain railway or a day excursion to Coonoor (25 Kms) visit tea plantations, Dolphin's Nose, Sim's park, return to Ooty by evening, and if time permits visit a tea factory and museum. Overnight, stay at a hotel in Ooty.
7

After breakfast check out from the hotel drop at Coimbatore airport for an onward journey. 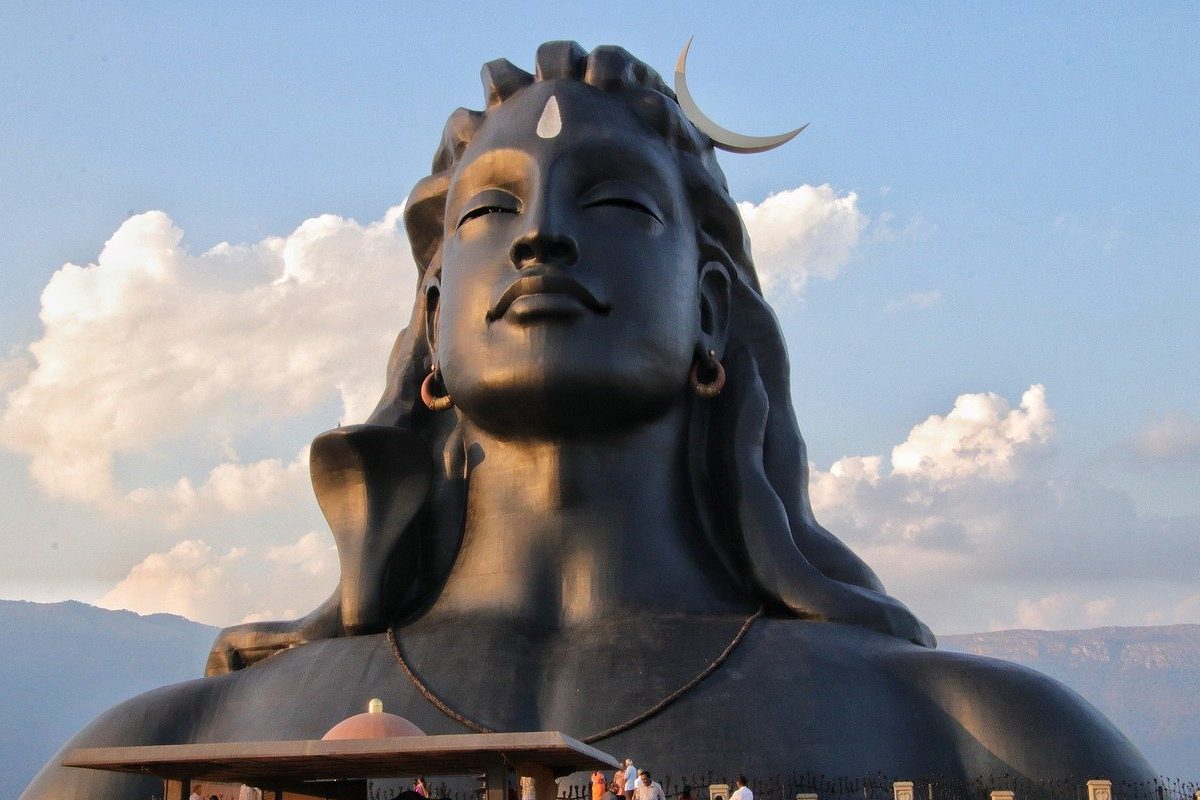 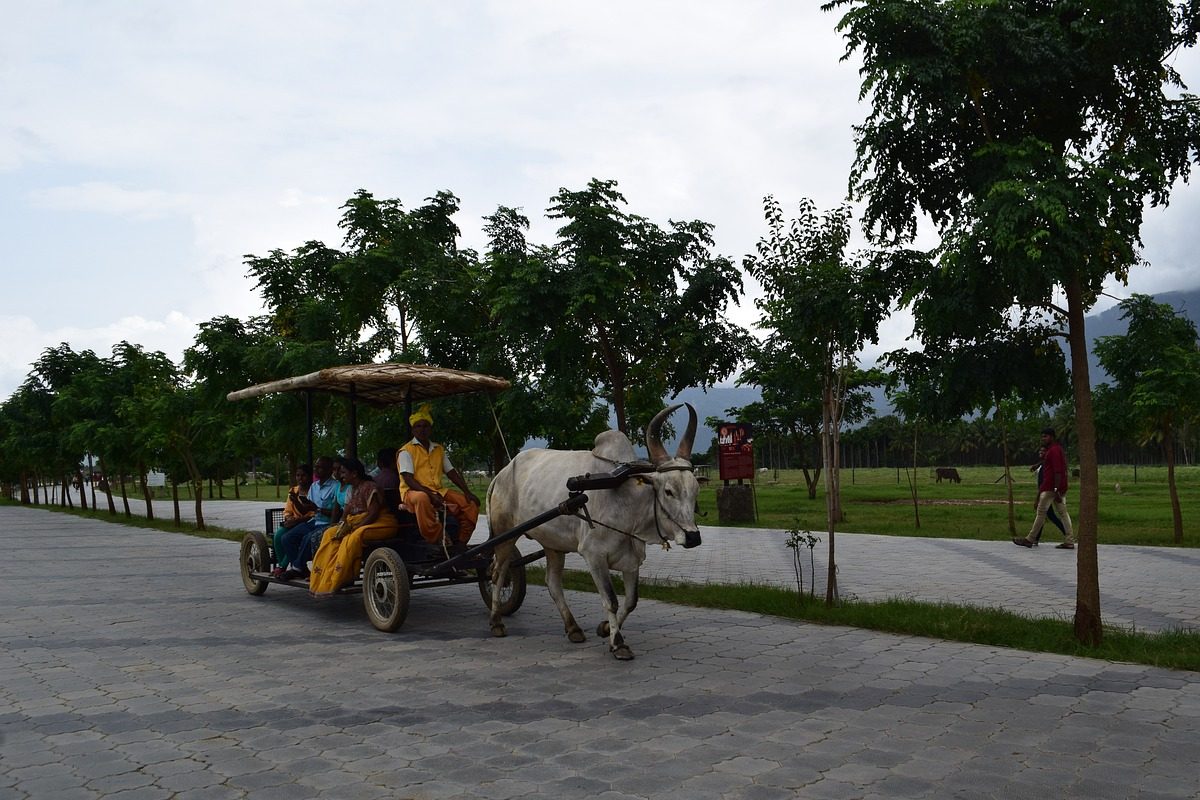