Pokhara will overpower you with its characteristic magnificence and incredible photograph operations.

Kathmandu is a city where old customs are enthusiastically protected while simultaneously accepting current innovation. The glory of the past charms the guest whose look may wait on an impeccably cut wooden window outline, an eighteenth-century bronze model, or a profoundly elevating stupa. Kathmandu, the biggest city of Nepal, is the political just as the social capital of the country, where Nepalis have shown up from all edges of the country and absorbed.

Pokhara will overpower you with its characteristic magnificence and incredible photograph operations. Stroll along the shores of the Fewa Lake, appreciate the plant life encompassing you and look at the awesome all encompassing perspective on the Himalayan pinnacles of the Annapurna Massif. Splendidly painted wooden boats add dynamic tones to the vegetation, while paragliders coast down gradually from a higher place. Flying over the lake is likely going to be one of the features of your movement experience in Nepal.

In the southern district of Nepal, the wildernesses of Chitwan National Park anticipate you with untamed life encounters like no other. Go looking for the grand Royal Bengal tiger and watch the Greater one-horned rhinoceros wander aimlessly, while the incomparable Asiatic elephants move about the wildernesses in crowds. Chitwan National Park is the nearest and the ideal spot to go for natural life safari. 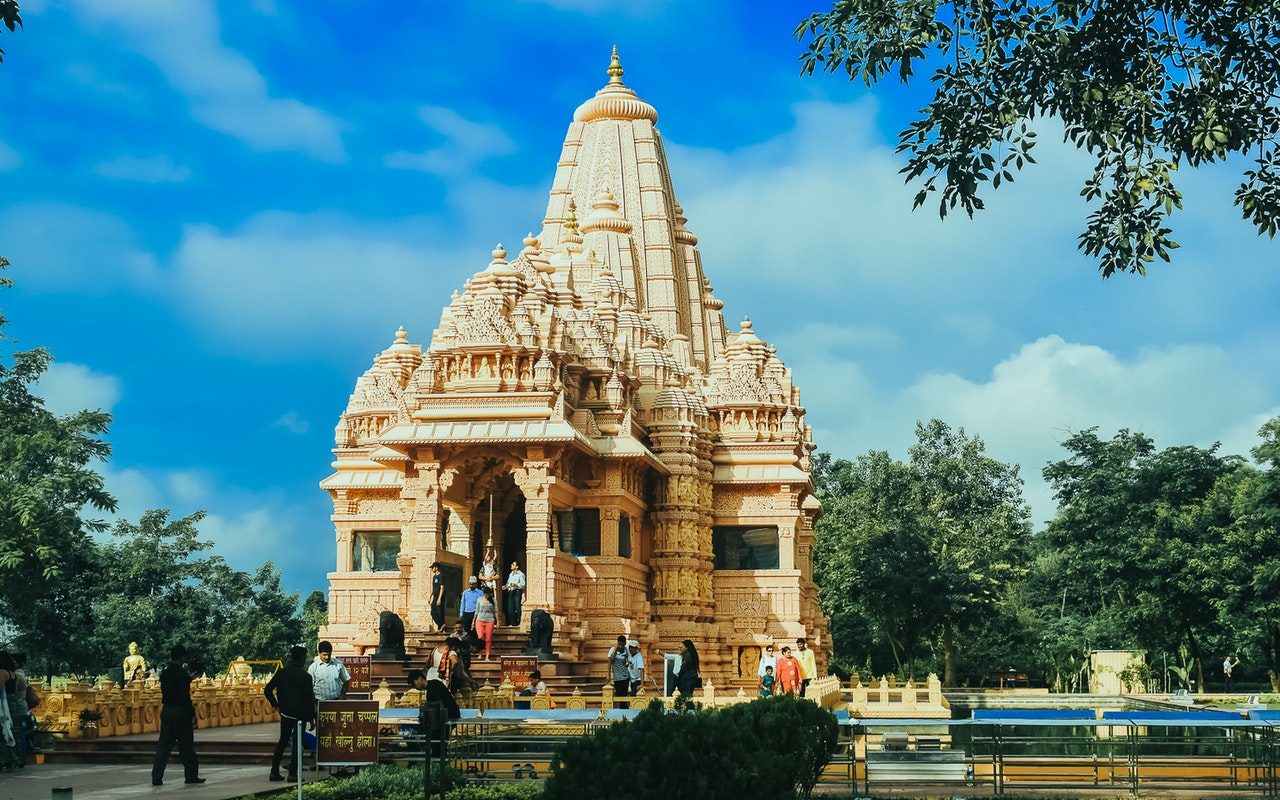 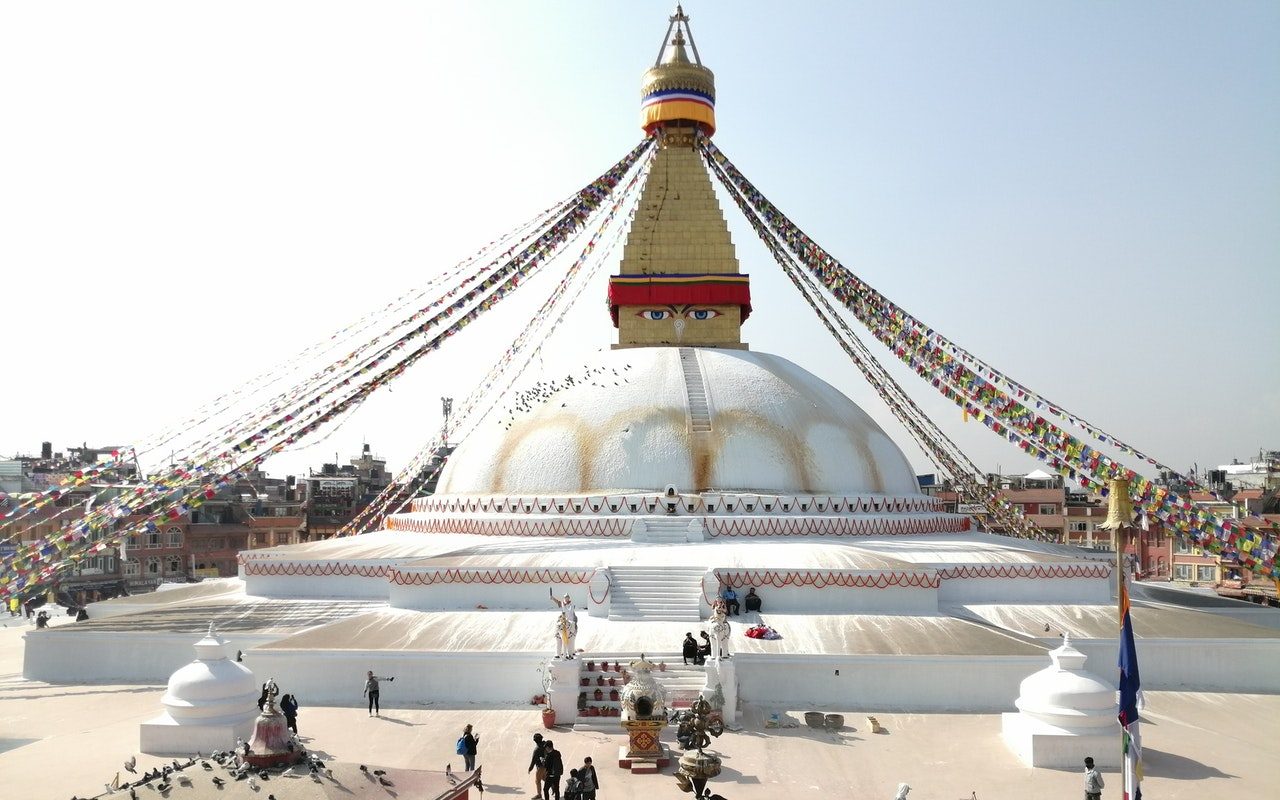 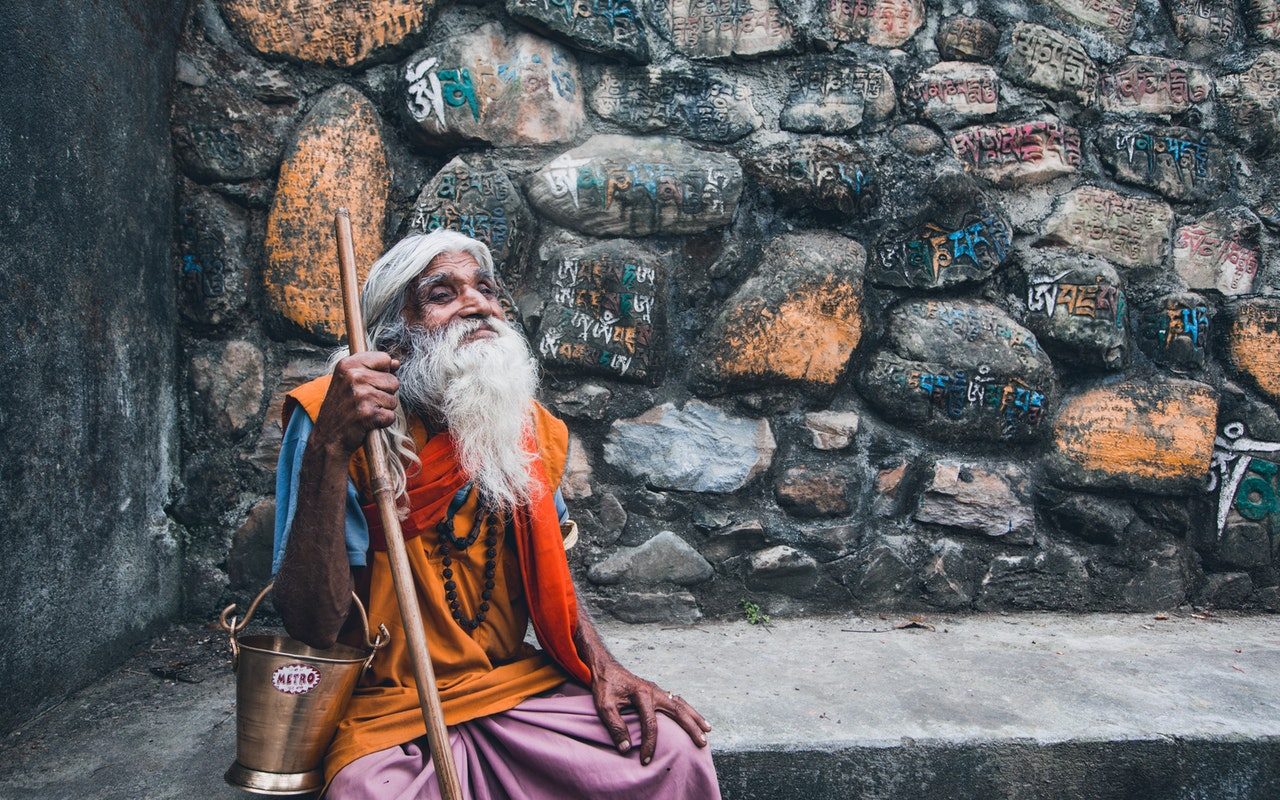 We will meet at the airport upon arrival by Office Personnel. Transfer to hotel. Kathmandu is the capital of Nepal and the Kathmandu Valley is the political and cultural heart of the Kingdom. The urban sprawl that makes up modern Kathmandu is in fact two cities, Patan and Kathmandu.
2

We will visit one of the Hindu cultures in Nepal, Pashupatinath.  This is the place where holy saddhus pray. The Pashupatinath Temple is a famous, sacred Hindu temple dedicated to Pashupatinath and is located on the banks of the Bagmati River 5 kilometers northeast of Kathmandu Valley in the eastern city of Kathmandu the capital of Nepal. This temple is considered one of the sacred temples of the Hindu faith. The temple serves as the seat of the national deity, Lord Pashupatinath. This temple complex is on the UNESCO World Heritage Sites list since 1979. This "extensive Hindu temple precinct" is a "sprawling collection of temples, ashrams, images, and inscriptions raised over the centuries along the banks of the sacred Bagmati River".  (The above sightseeing is for a maximum of 03 hours after the vehicle reports at the hotel) We then continue to the holiest shrine for the Buddhist culture in Nepal, Bouddhanath, with its large stupa, this is the place where all devout Buddhists come for a pilgrimage. After completion of these two spots, you will be taken take you for a visit to Patan. Also known as Lalitpur, the city of beauty is separated from Kathmandu only by the Bagmati River and is the second largest town in the valley. Lalitpur is fragmented from other cities due to its substantive architectural ancient masterpieces. Patan's central Durbar Square is absolutely packed with temples: It’s an architectural center point with a far greater concentration of temples per sq. meter than in Kathmandu or Bhaktapur. Within the city also lies the Tibetan refugee center, home to most of the valley's Tibetan population.  While technically refugees, the Tibetans are some of the wealthiest people in the valley because of the carpet industry they operate.  For those looking to bring home a fine Tibetan carpet, this is the place to shop. You will then go to Swayambhunath the golden spire of the 5th-century Swayambhu stupa is adorned with a colorful fluttering of prayer flags; it crowns a hill overlooking the Kathmandu Valley and offers fantastic views over the city of Kathmandu. Swayambhunath is one of the most recognizable symbols in Nepal and the painted eyes of Buddha watch all who ascend the worn stone steps. (The above sightseeing is for a maximum of 06 hours after the vehicle reports at the hotel)
3

We will drive to Chitwan. Chitwan is 175 Km & is a 06 hours drive from Kathmandu. Situated in the Terai plains Chitwan offers a pure retreat to the Jungle lovers and nature i.e forest lovers. On the way, you have an option at an extra cost of doing the river rafting (INR 2000 per person if required ) or visit the Manakamna Temple “ Goddess of Fulfilling Wishes” where you are taken by a cable ride of 10 mins (INR 500 per person for the cable car tickets if required ). Overnight, stay at hotel.
4

Enjoy Jungle observation at Chitwan National park. The highlight being the Elephant Safari in the jungles. Other activities are Canoeing, Dugout canoe, Nature Walk and Bird Watching. Also experience walking through the forests with naturalists and watch the Native folk dances of the Terais. Overnight, stay at hotel.
5

Drive to Pokhara. Pokhara is 180 Km & is a 04-05 hours drive from Chitwan. From Pokhara town (altitude 2352 feet) The 25,000 high peaks of the Annapurna and Dhaulagiri ranges rise a scant 20 miles away with no intervening ridges to spoil the view. Overnight, stay at hotel.
6

This morning we will go for an excursion trip to Sarangkot. Sarangkot is the most popular tourist destination from where the tourists can enjoy the great view of the Pokhara Valley and the magnificent view of the Himalayas. Sarangkot is only 13 Kms from Lake Side, Pokhara. It is the highest viewpoint for sunrise at an altitude of 1592mts. It is cooler than Pokhara. Can be reached easily within 45 to 60 minutes by a vehicle from Pokhara. Many tourists come to Sarangkot for sunrise. Paragliding can also be done from Sarangkot. From Sarangkot, in the northern direction, we can see Dhaulagiri in the far west. Annapurna range is visible when the weather is clear on the same side. In the southern direction, the village overlooks the city of Pokhara and its lake on the north-western outskirts of the city. (The above sightseeing is for a maximum of 03 hours after the vehicle reports at the hotel) This afternoon we will visit Bindebasini Temple. This is one of the oldest temples in Pokhara was a part of the Kaski Kingdom, the main deity of the temple, Goddess Durga, was brought from India. Apart from the peace and tranquility that can be felt in this region, the premises of the temple offers a good view of the Himalayas on a clear day. The temple is in the area of the bazaar; hence, a journey of the old bazaar can be combined with a visit to the temple. Sightseeing to Devi’s fall, also known as Patale Chango is an awesome waterfall lying 2 Km southwest of Pokhara. During the summer and the rainy season, the waterfall takes its real form, with gushing water splashing and making its way through the rocks. Just opposite Devi’s fall, on the other side of the road, there is Gupteshwor Cave. This cave is popular for the different natural forms made from limestone deposits. Photography is strictly prohibited inside the cave. Overnight, stay at hotel. (The above sightseeing is for a maximum of 03 hours after the vehicle reports at the hotel )
7

Drive back to Kathmandu retracing the same path & transfer to the hotel. Rest day at leisure. One can indulge in shopping or visit the casinos trying their lady luck on your own. Overnight, stay at hotel.
8

The morning will be comparatively free and closer to the time of your flight; you will be transferred to the airport in time to board your flight for onward journey. 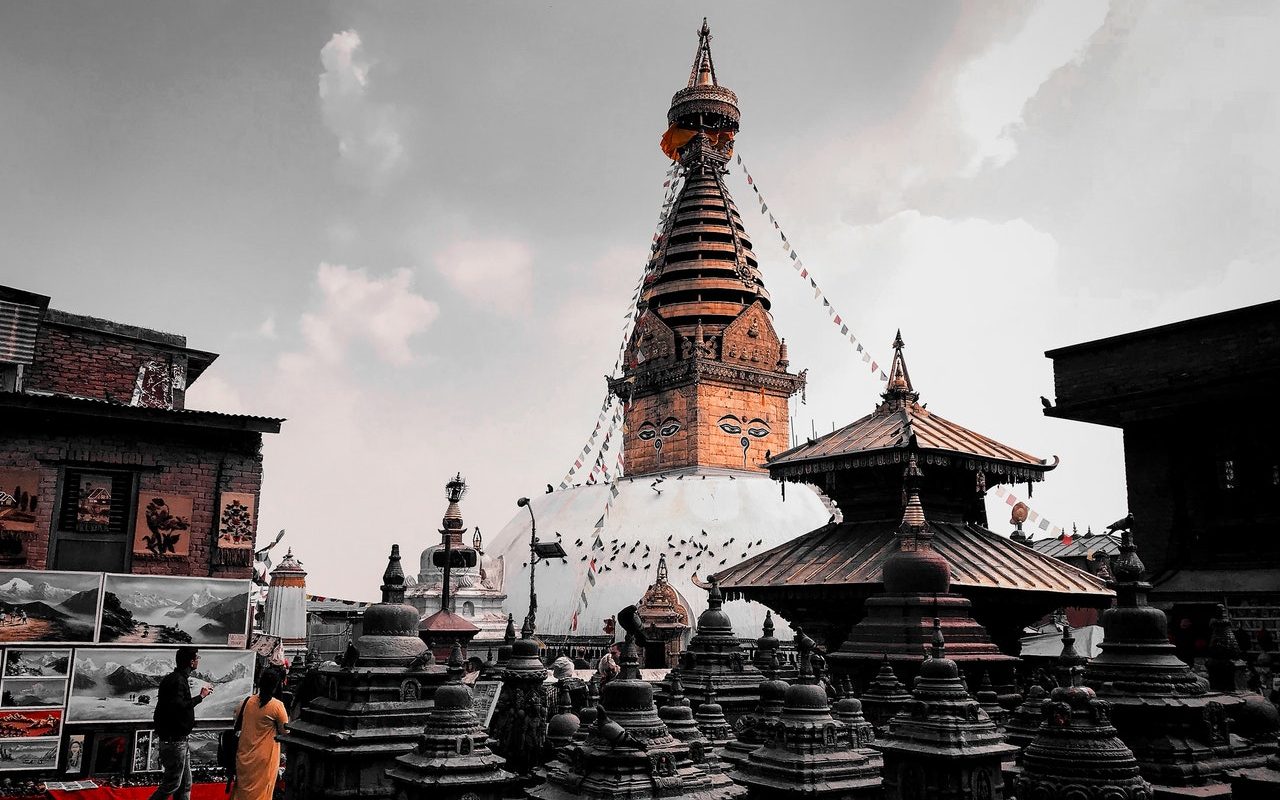 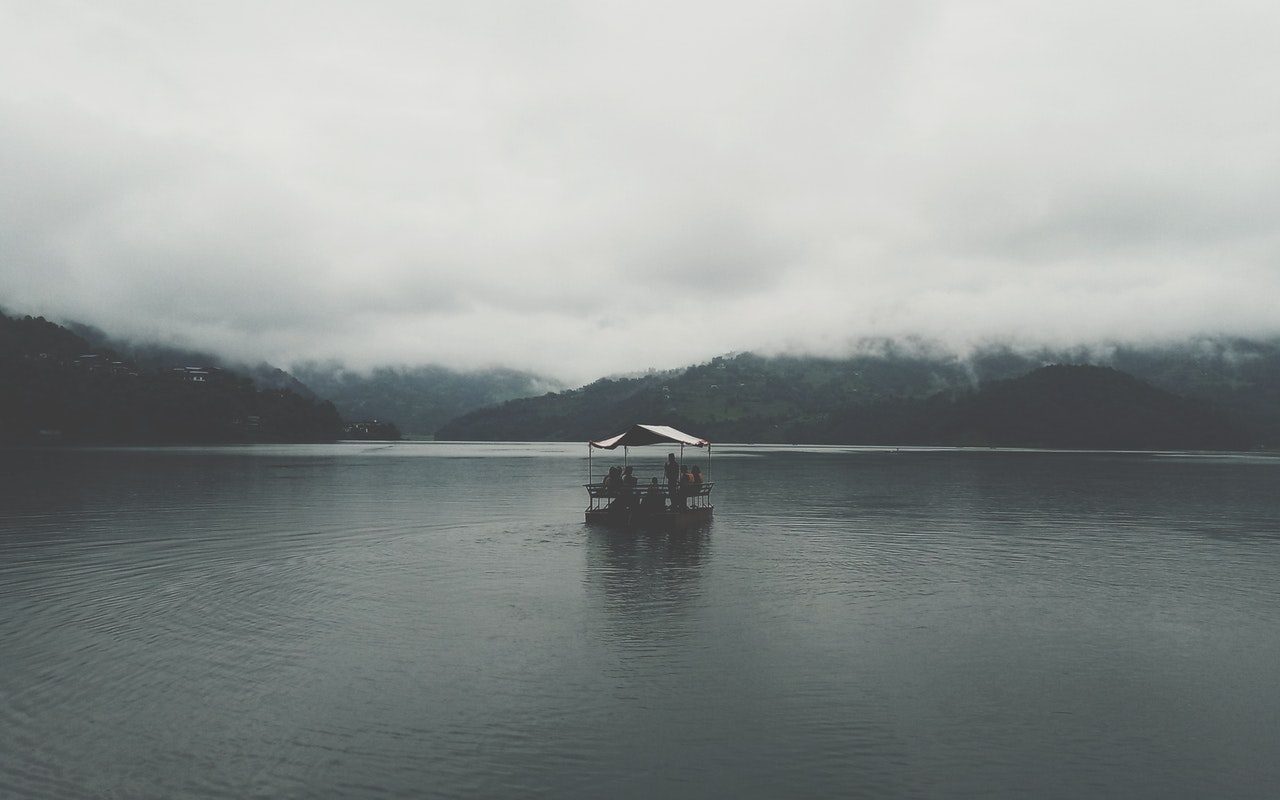 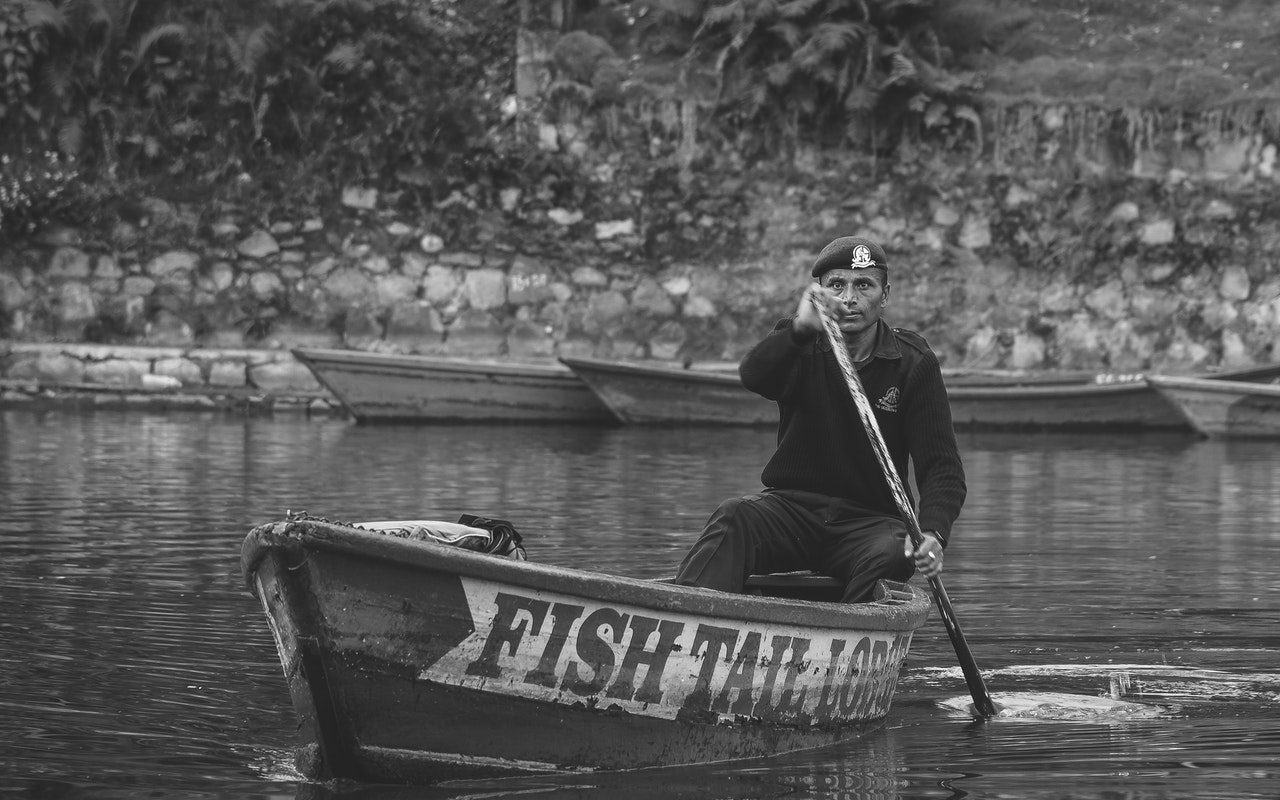 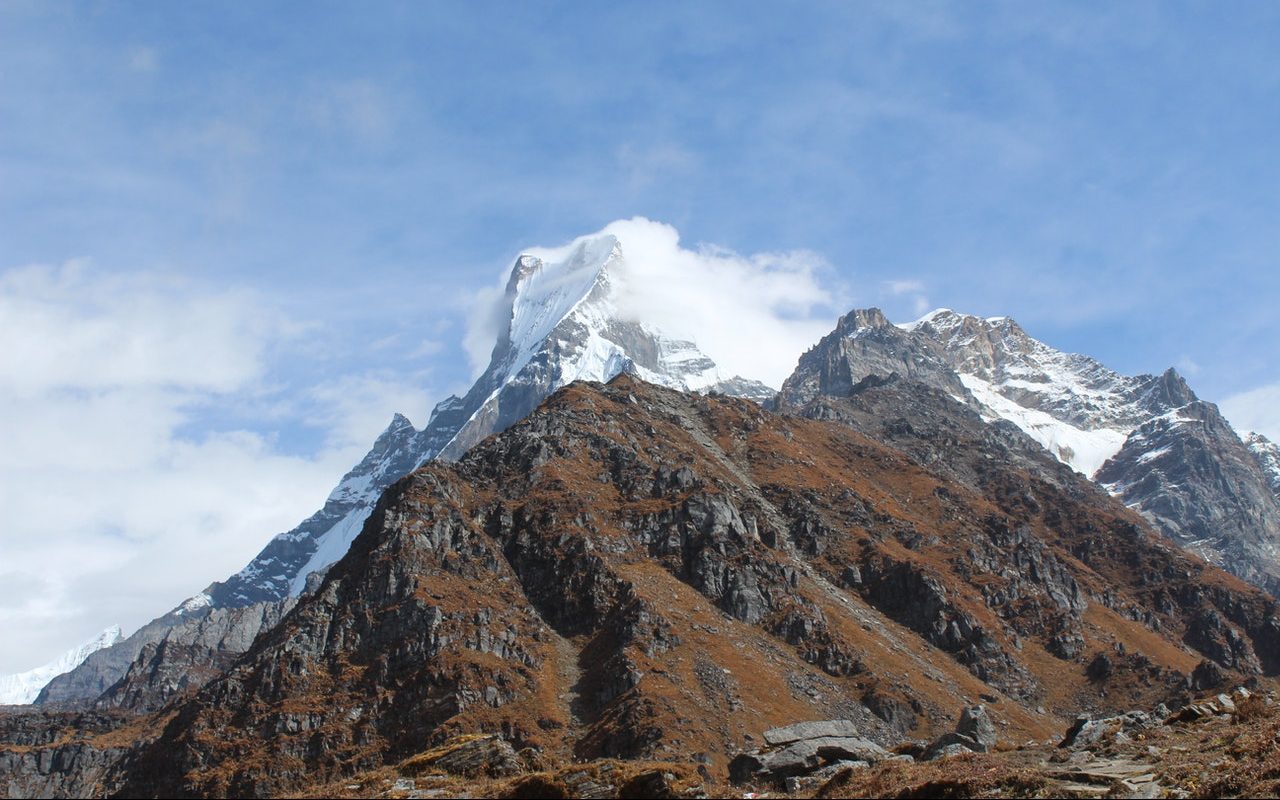 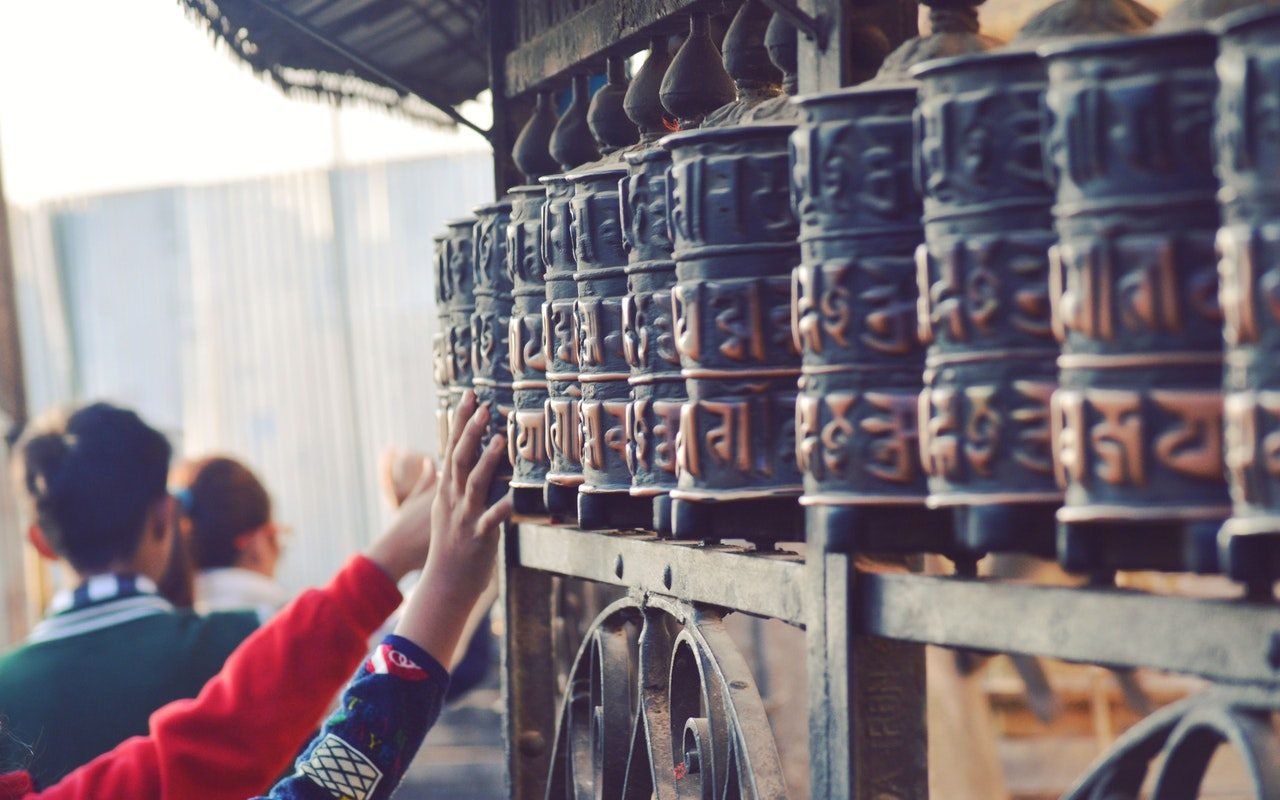 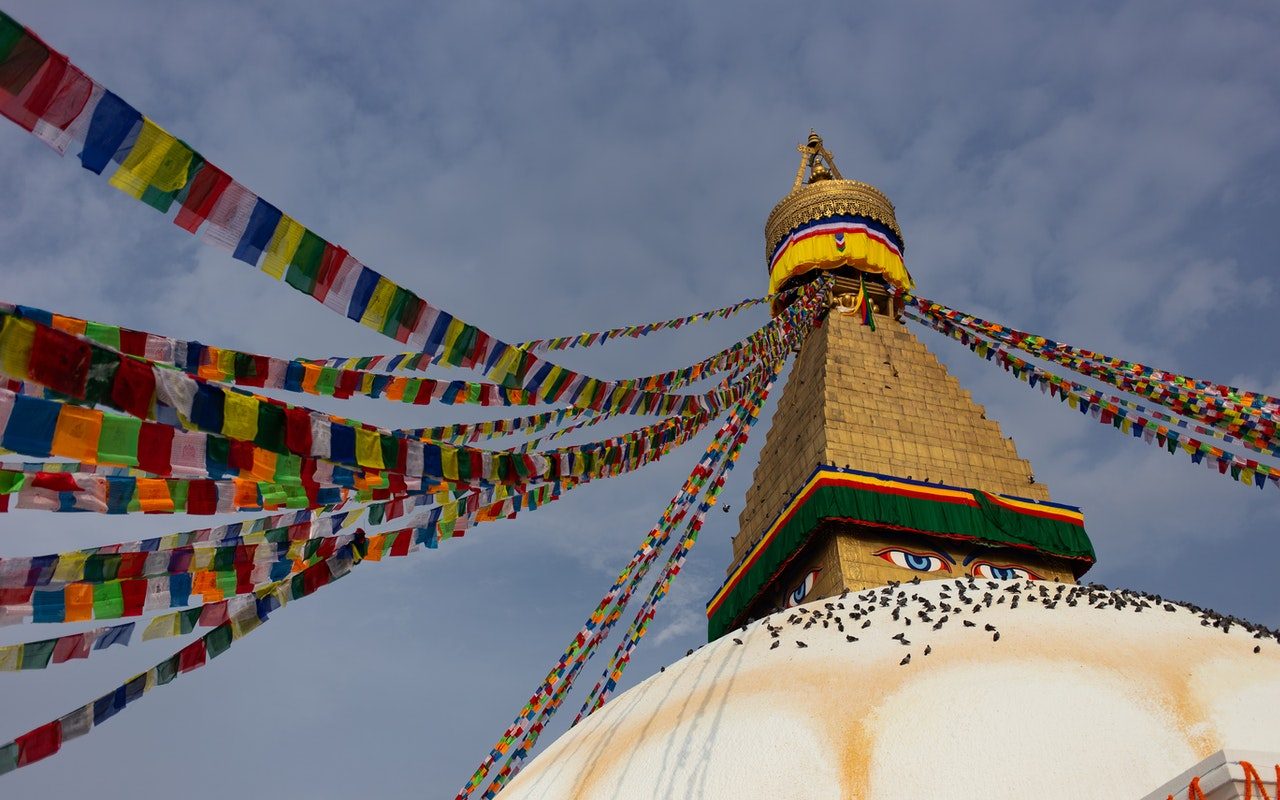 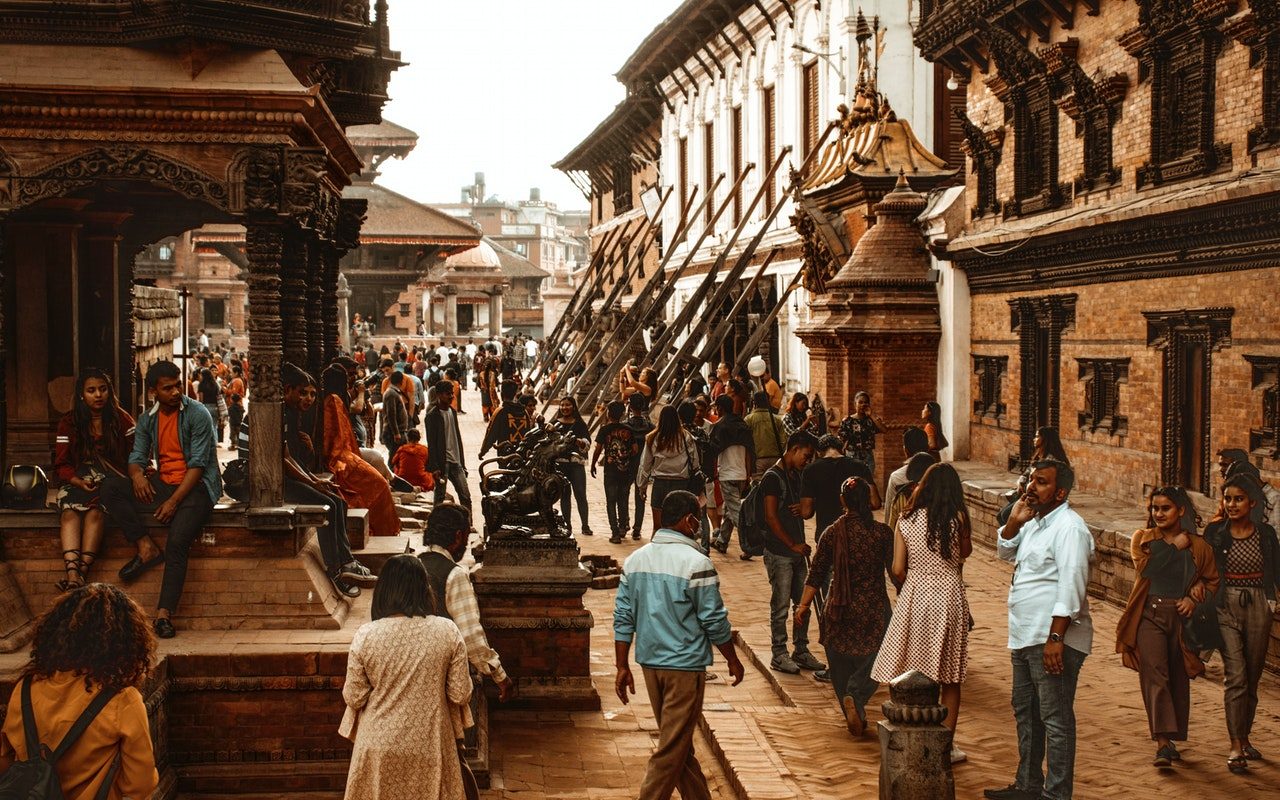 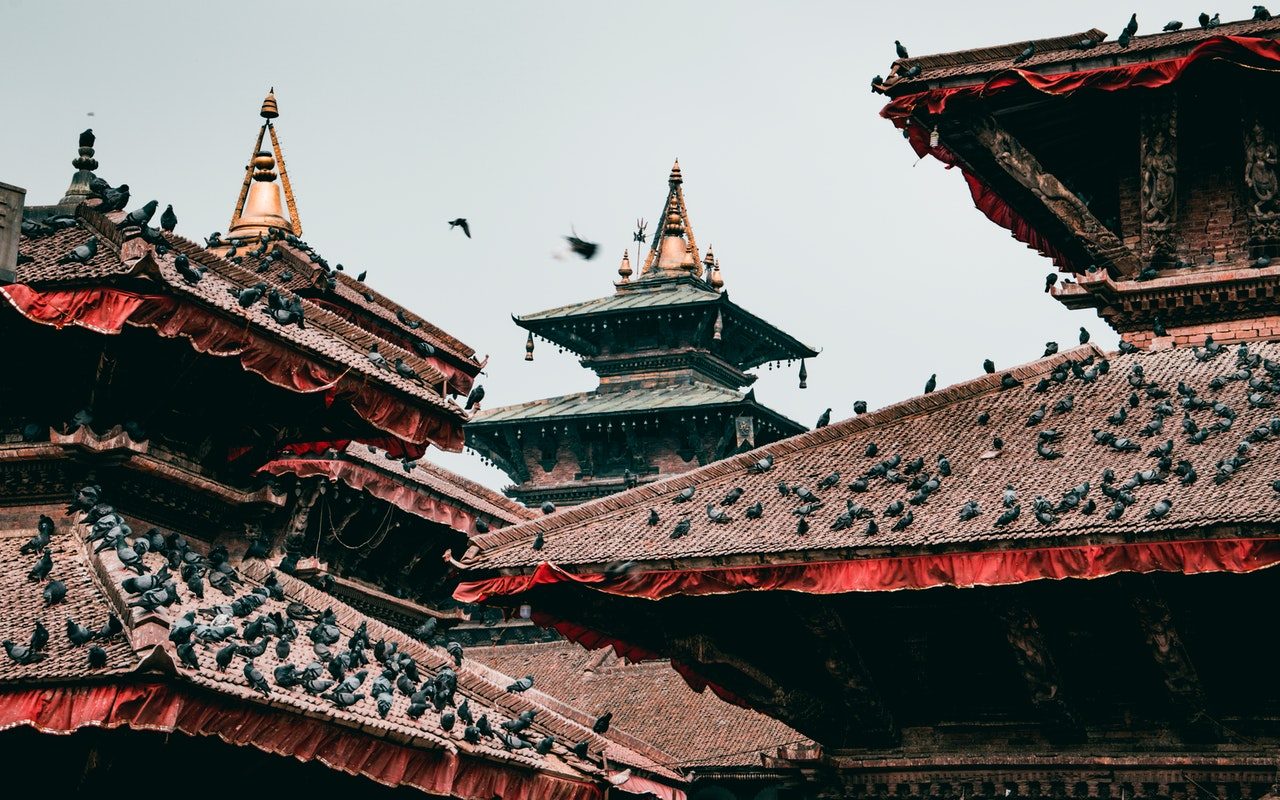