The city was established in 1621 by Raja Karam Prakash. Generally, holy people and sovereigns are connected with the birthplace of Nahan.

Shanti Stupa – It is situated on a hilltop in Chanspa, Leh district, Ladakh, in the north Indian state of Leh. Shanti Stupa as know Buddhist white-domed stupa. It was built in 1991 by Japanese Buddhist Bhikshu Gyomyo Nakamura.The Shanti Stupa holds the relics of the Buddha at its base, enshrined by the 14th Dalai Lama himself. Shanti stupa has provides a beautiful and panoramic view of the surrounding landscape. This has become a primary reason for Shanti Stupa to become a popular tourist attraction, apart from its religion.

The Leh Palace-  Also known as ‘Lhachen Palkhar,’ is a 17th-century former royal palace and one of the central attractions in Leh. Built under the patronage of by King Sengge Namgyal, it used to house his family. The nine-story dun-colored palace now houses a museum and a prayer room, while the highlight is the sweeping view of Leh and the surrounding Zanskar Mountain from the rooftop.

Hall of fame – An important stopover on the tourist circuit, the Hall of Fame encapsulates the essence of patriotism and displays exhibits relating the bravery of Indian soldiers and their courageous accomplishments. As you pass through the OP Vijay Gallery, which showcases weaponry that was used in the Kargil War, and sees the elaborate display of the documents of the war, uniforms that are worn at the Siachen glacier, and others, you will be filled with a sense of pride. The letters written by soldiers to their families, photographs clicked during wars fought in the region and a 30-minute documentary on the Kargil War, are some of the highlights. On the second floor, guns and equipment that were detained by the Indian Army during its confrontations with the Pakistan army have been put up as exhibits. The museum also houses a souvenir shop. The hall has been built inside a museum that was erected by the Indian Army in honor of soldiers who perished during the various wars that have been fought in this region.

Magnetic Hill – Perched at an altitude of 14,000 ft, Magnetic Hill is one of the most intriguing spots in the country. This tiny hillock is said to defy gravity as it tends to pull vehicles upwards. It is quite thrilling to defy the laws of science and be pulled in the opposite direction. The scientific theory states that there is a strong magnetic force emanating from the hills that defies gravity at this particular spot. It is a good pitstop on the highway and serves as a break in between mundane road travel. Do note that it is best to visit between May to September when the road is easily accessible. There is a board that marks the location of the magnetic hill, so it cannot be missed while driving down the highway. Local Ladakhi superstition believes that the road is a straight stairway to heaven.

Conflence of the Zanskar –  Indus River is originated from the great Himalayan ranges and the Zanskar River originates from the Zanskar ranges. Zanskar River is shiny blue in color; on the other hand, Indus looks a little green. Zanskar meets Indus in Nimmu valley from the north-east. This is a scenic view for the visitors and they find it fascinating to mark both the rivers even after their confluence

Gurudwara Pathar Sahib – It is a highly revered gem located 25 miles away from Leh town on Kargil Leh Highway. Devoted to Guru Nanak Devi Ji, the founder of Sikh Religion, the sacred place beautifully commemorates his visit to Ladakh. Dating back to 1517, the Gurudwara houses a boulder with imprints of the head, shoulders, and backside of Shree Guru Nanak Dev.

Alchi Gompa – The architecture of Alchi Monastery is of Tibetan style. The monastery complex has three major shrines – the Dukhang (Assembly hall), the Sumtsek, and the Temple of Manjushri. There are also chortens in the complex.

Wall paintings are the major attractions here as they depict details of both Buddhist style and Kashmiri style. The complex houses a huge statue of the Buddha and lavish wood carvings and artwork, similar to baroque style. 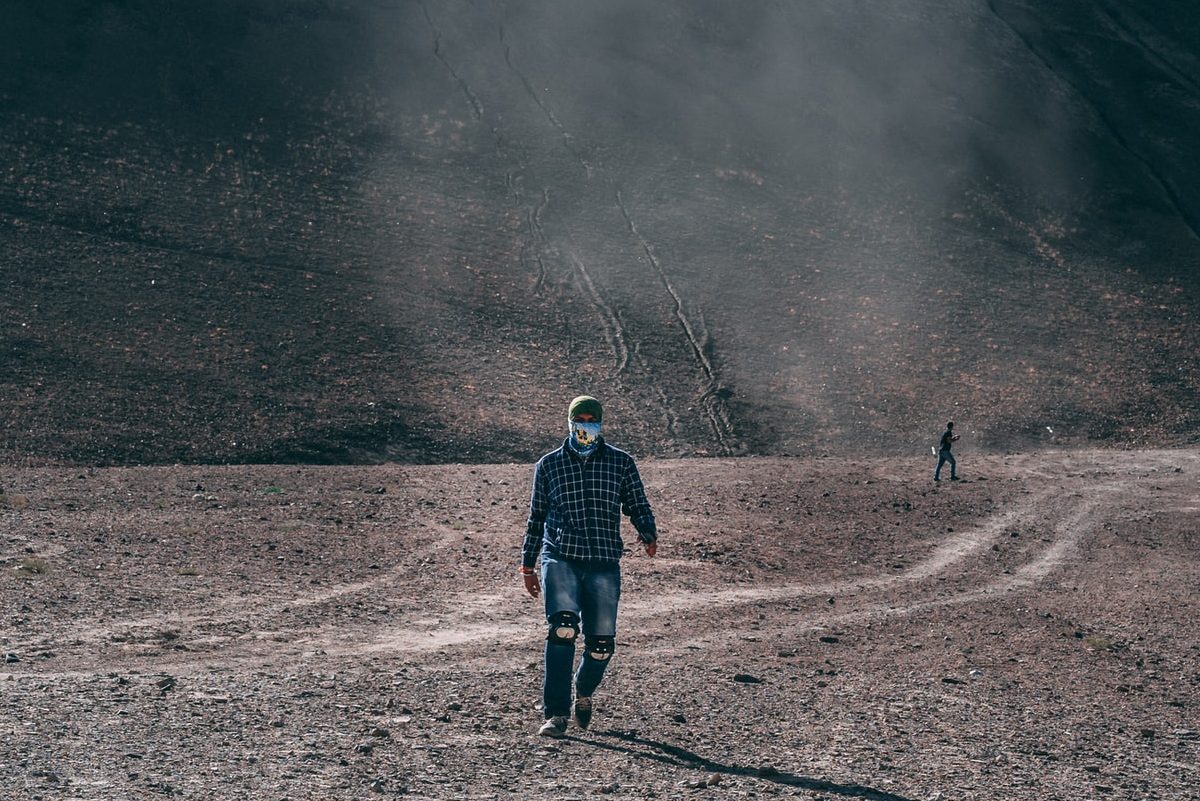 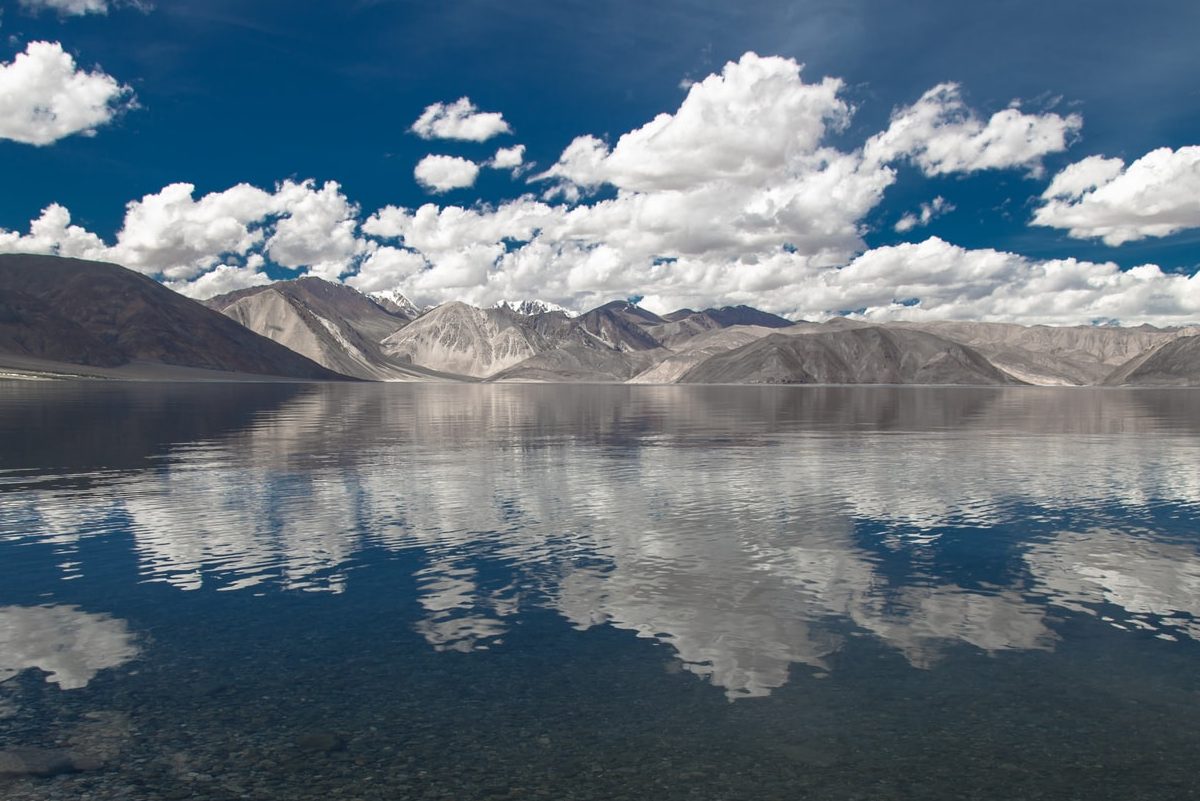 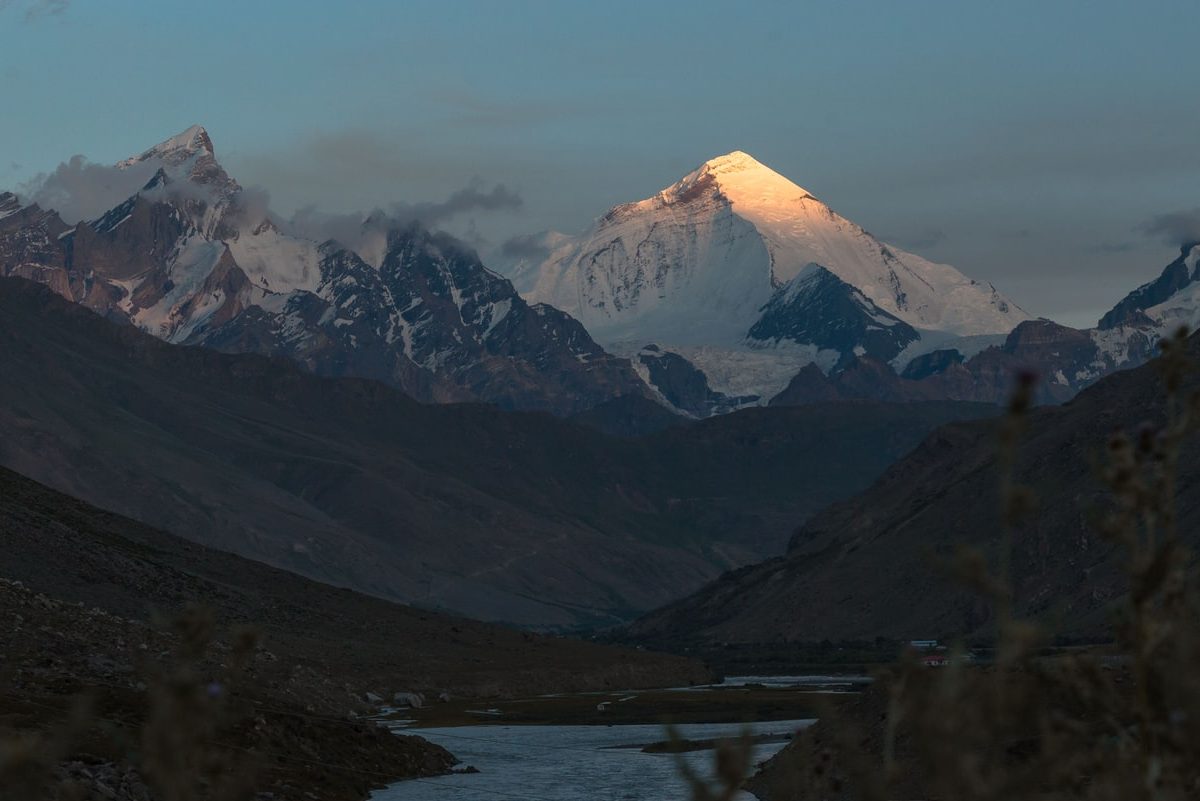 Arrival Leh by morning flight and transfer to the hotel. After welcome drink take complete rest for acclimatization to the height altitude of Leh (3500 meters). In the late afternoon drive to the city for an orientation walk in the markets‚ followed by a visit to Shanti Stupa‚ Leh palace. Dinner and overnight stay at the hotel.
2

After breakfast, you drive downstream along the River Indus on Leh – Kargil Highway. And start our sightseeing with Hall Of Fame (Museum Constructed by India Army) near Leh is worth a visit for every Indian, and proceed further to Gurudwara Patthar Sahib at an altitude of 3600 Mtrs. about 22 Kms from Leh was constructed in memory of Guru Nanak Dev ji Nestled deep in the Himalayas, A drive of another 4 km took us to Magnetic Hill which defies the law of gravity. As you move ahead from Magnetic Hills, just before Nimmu Village, there comes a famous Confluence Of Two Rivers Indus River coming from Tibet (left) and Zanskar River coming from Zanskar Valley (right). After visiting the confluence we head to Alchi Gompa, The complex of temples located within the village is the most celebrated of Ladakh’s monasteries and dates back to the 11th century. After visiting Alchi we back towards Leh en route visiting Likir Monastery was built in the 11th century and was again re-built in the 18th century and houses a 25 feet Lord gold covered Buddha Statue. Later we drive back to Leh. Dinner and overnight stay at Hotel in Leh.
3

Post breakfast we drive to Nubra Valley. The road journey from Leh to Nubra Valley passes over Khardung La (The highest motorable road in the world) at 5,602 meters / 18,390 feet, which is around 39 km from Leh. From the pass, one can see all the way south over the Indus valley to seemingly endless peaks and ridges of the Zanskar range, and north to the giants of the Saser massif. Nubra Valley is popularly known as “Ldumra” or the valley of flowers. It is situated in the north of Ladakh between the Karakoram and Ladakh ranges of the Himalayas. The average altitude of the valley is 10,000 feet above sea level. Upon arrival at Nubra we check-in at our camp/hotel in Hunder for an overnight stay. In the evening one can walk around the tiny villages to see how the locals live in this part of the world. A visit to a Ladakhi home can be arranged. Dinner and overnight stay at the camp or hotel.
4

Today we will drive to Turtuk. The new area for tourists and the last village of Nubra toward the end of Pakistan Border. Visit Turtuk and Bokdhang Villages. Drive back to Hunder. Overnight stay at camp.
5

After an early breakfast, we check out from camp or hotel and drive towards PANGONG LAKE via Agham & Shyok Valley. Some of the road patches in areas are extremely tough (towards Nubra) in terms of road conditions but no doubt the journey is very scenic!  Later after crossing this adventurous part we drive further towards Durbuk & Tangtse. For Pangong, we pass through few small villages of Changthang, and finally, we can have a sudden view of the Pangong Lake situated at 14,000 feet (4,267 meters). After spending an hour or more time (as time permits) we drive back to Leh via Changla Pass 5486 meters. Upon arrival at the lake we check-in at our pre-arranged camp for an overnight stay.
6

Morning at leisure, explore the beauty of the lake and later drive back to Leh via Changla Pass 5486 meters en-route visiting Hemis Gompa, the largest monastic foundation of Drukpa Kagyu Order of Tibetan Buddhism. And further to Thiksey an impressive complex rising tier upon tier on a hill above the village and after another 5 km drive through a picturesque landscape we reach Shey Palace (the ancient capital of Ladakh) and 3 Idiots Rancho School. Drive further to Leh. Dinner and overnight stay at the hotel.
7

Tour concludes. Tourisp thanks you for your patronage and ensures a punctual transfer to Domestic Airport to catch the flight for your onward destination. 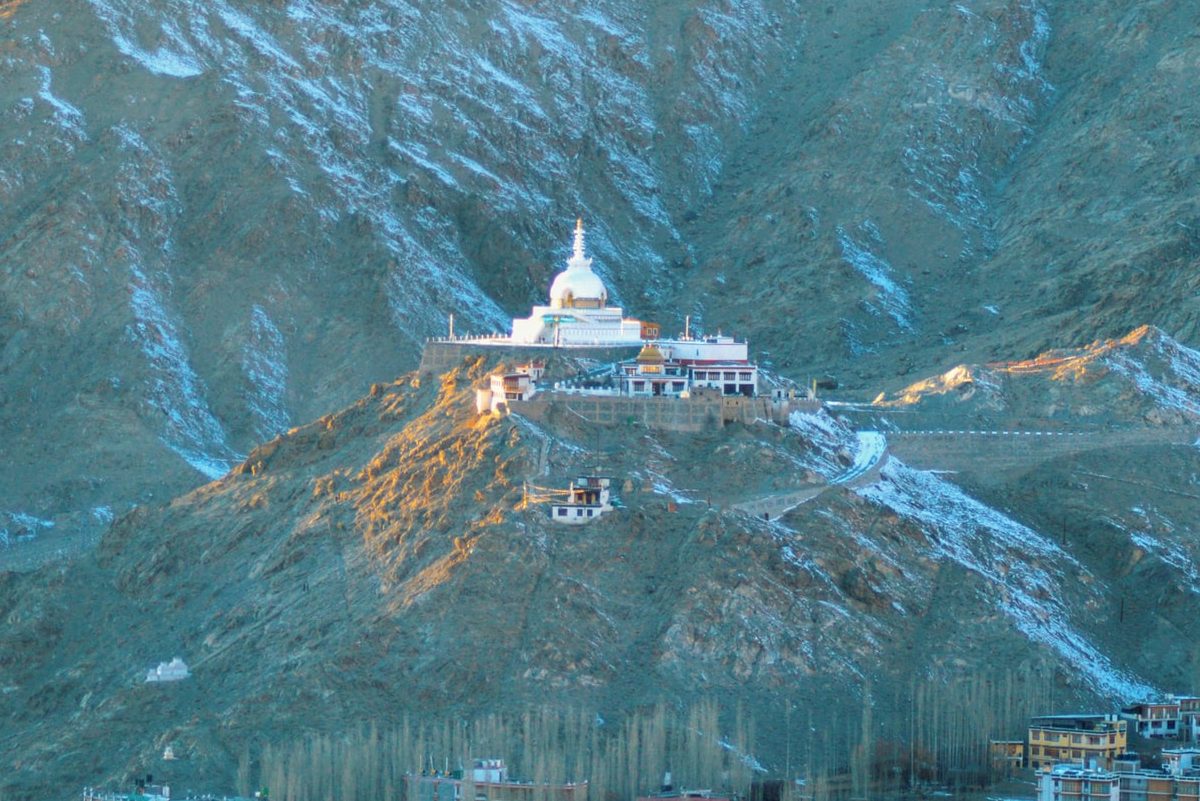 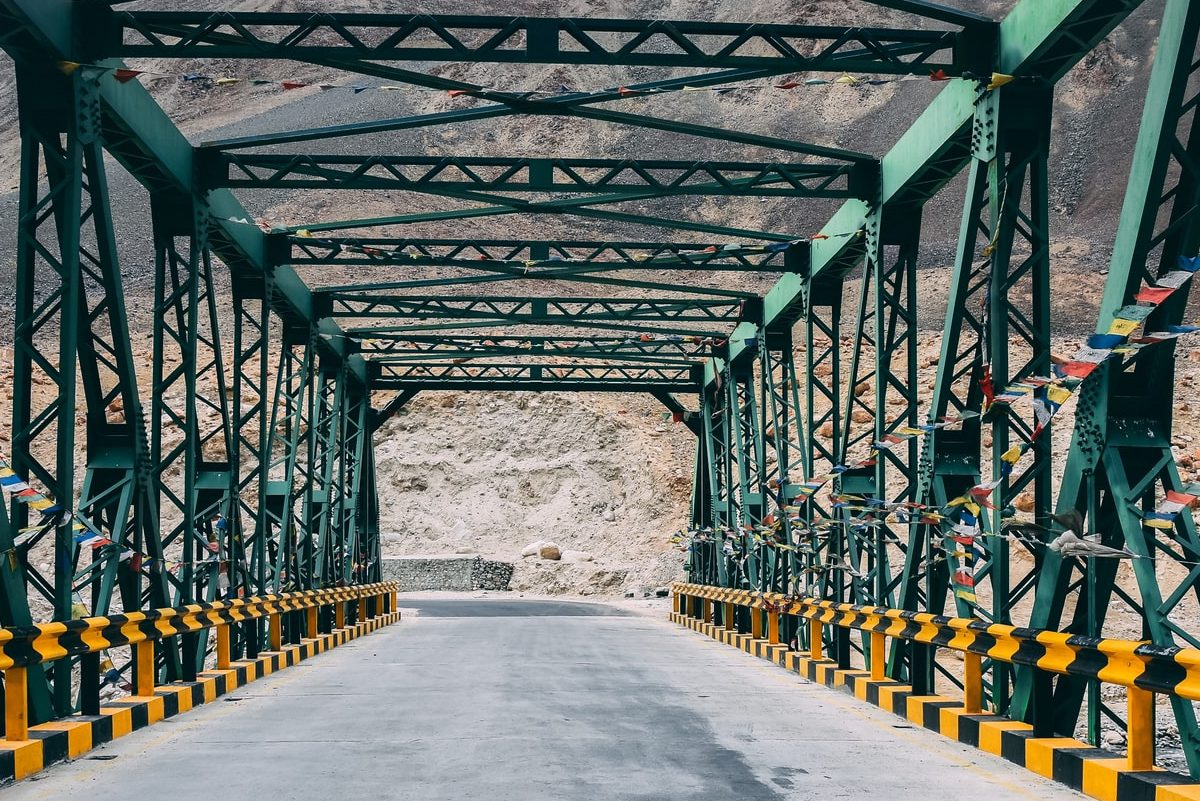 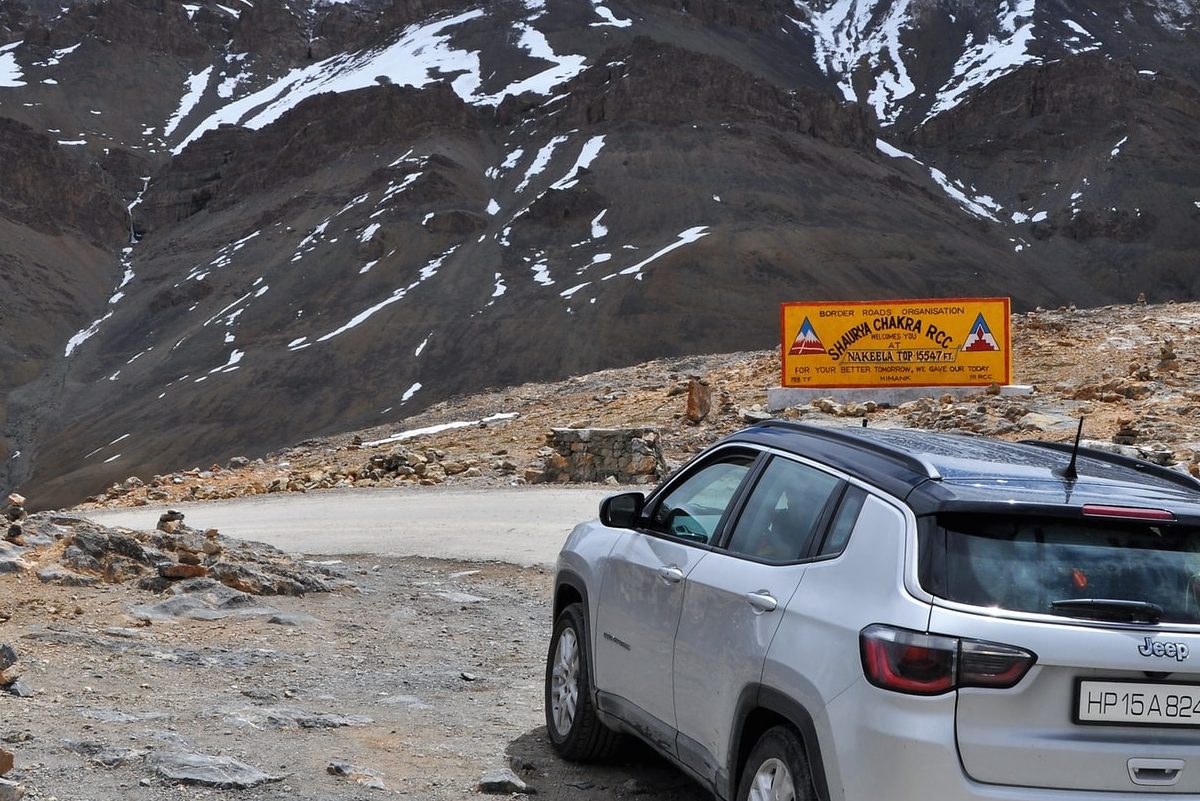 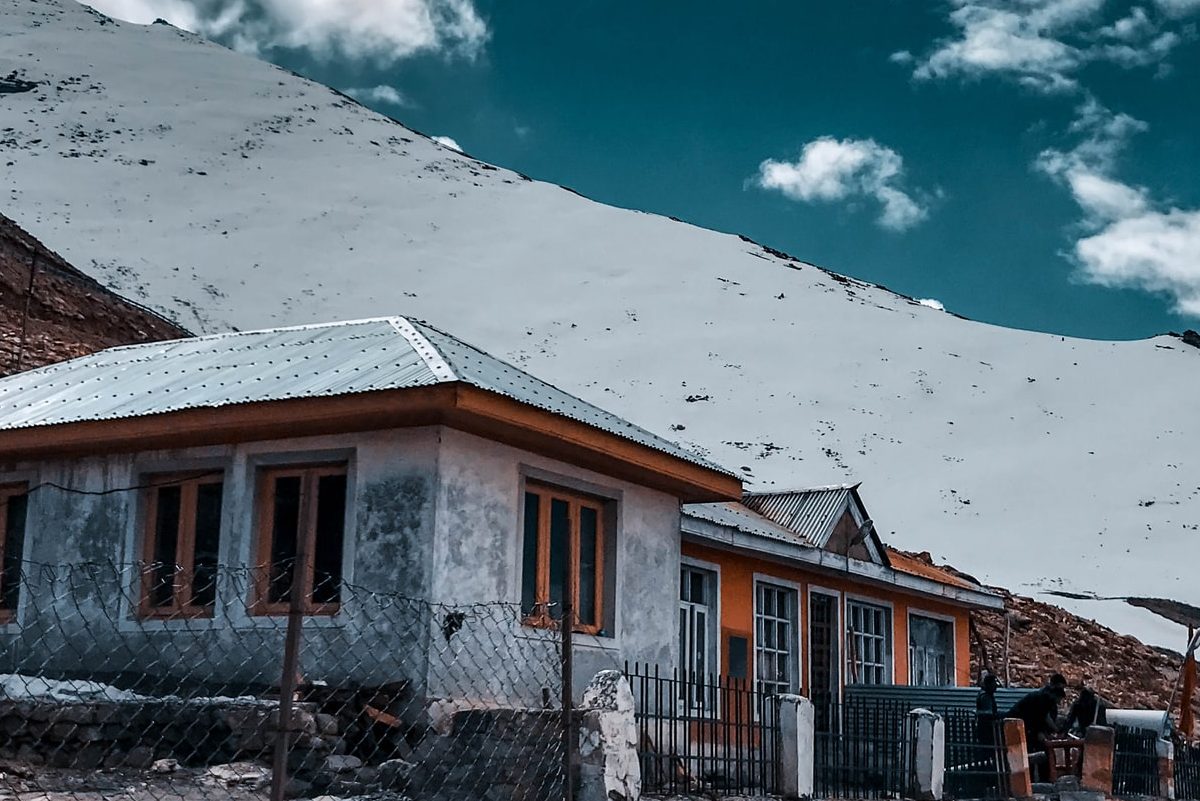