Ooty, formally known as Udagamandalam is a town and a region in the Nilgiris region

Dakshinachitra– Dakshinachitra is a Craft village on east coast road where one can purchase authentic handicrafts from artisans.

The Madras Crocodile Trust – Under the Wildlife Protection Act of 1972, the Madras Crocodile Bank Trust and Centre for Herpetology or MBCT became a recognized reptile zoo, a research station for herpetology (the study of amphibians and reptiles), and a registered trust.

It was founded to fulfill the mission of protecting specifically three endangered species of Indian crocodiles namely the saltwater crocodile, marsh or mugger crocodile, and Gharial. Popular events hosted by the center include Jaws 3 (feeding of the crocodile, Jaw), underwater Gharial exhibit, and night safari.

Shore Temple – Dating back to the 8th century AD, Shore Temple is one of the oldest temples which represent the ancient designs, carving art, and constructions. It is claimed to be a part of Seven Pagodas by the legends and is one of the finest places to visit in Mahabalipuram. The temple is standing strong with the help of the supporting stone that resists it from erosion. Shore Temple is located at the shore of the Bay of Bengal which offers a beautiful view of the never-ending ocean. This temple has three shrines where two of which are dedicated to Lord Shiva and the other one is dedicated to Lord Vishnu.

Panch Rathas – The word Pancha means five, hence the place presents five Rathas built with rocks. The Rathas are associated with Mahabharata. Describing the rath, the first one is Draupadi’s, which stands on the right side by the entrance. Arjuna’s rath is situated just beside Draupadi’s whereas, stands Nakula Sahadev Rath and Bhima is located at the front. Dharamraj Yudhistar’s Rath is the largest. This place seems to be one of the best tourist places in Mahabalipuram.

Balancing Rock or Krishna Butterball – The Krishna’s Butterball is a strange 250-ton rock boulder, which is standing or resting, inclined on a slope. It is known as the Stone of Sky God. This is one of the most exciting tourist places in Mahabalipuram due to the mysterious scene it presents. It seems that this giant boulder, known as Krishna’s butterball refuses to give in to gravity, no one is quite sure why.
Tourists love to capture pictures while posing at different angles around the rock. Krishna’s Butterball is the ideal place for aged people to sit and chat. Also, this place offers a huge ground where the kids end up enjoying a lot.

Varaha cave Temple – Varaha Cave Temple is a rock-cut Hindu temple that is carved beautifully revealing ancient South Indian architecture. It is one of the must-visit places to visit in Mahabalipuram, situated behind the Arjuna’s Penance. It is made on a giant piece of granite and has some of the finest pieces of sculptures.

Krishna Mandapam – Krishna Mandapam is popular among tourists for its caves and amazing rock carvings which signify some of the glorious past of the region. It is also the largest among the rock-cut caves located in Mahabalipuram. The temple was built in the mid-seventh century and is dedicated to Lord Krishna.

Arjuna Penance – Also known as the Descent of the Ganges, this is one of the majestic monuments of Mahabalipuram. The megalith was engraved upon two adjacent boulders. The magnificent structure is 43 feet high and 96 feet wide and thus its mesmerizing beauty cannot be felt completely without viewing it with your own eyes.

Tiger Cave – Situated far from the constraints of the city, the Tiger Cave is an excellent place for people to relax after completing a 5 km trek from Mahabalipuram. The cave consists of a crown made up of the heads of eleven tiger-like creatures called ‘yeli’ (a crossbreed of a lion and tiger).
There is also a Goddess Durga carved on the top of these heads. The site is a famous picnic spot and is managed under the Archaeological Survey of India (ASI). 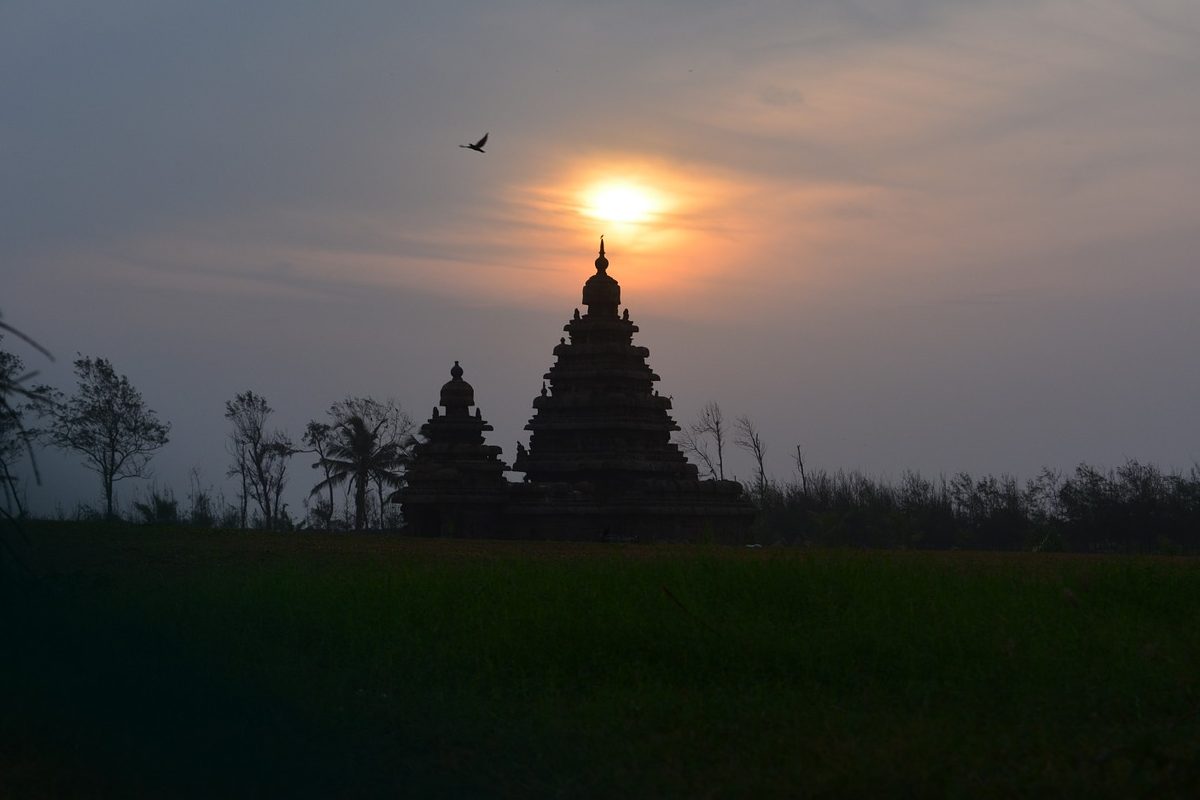 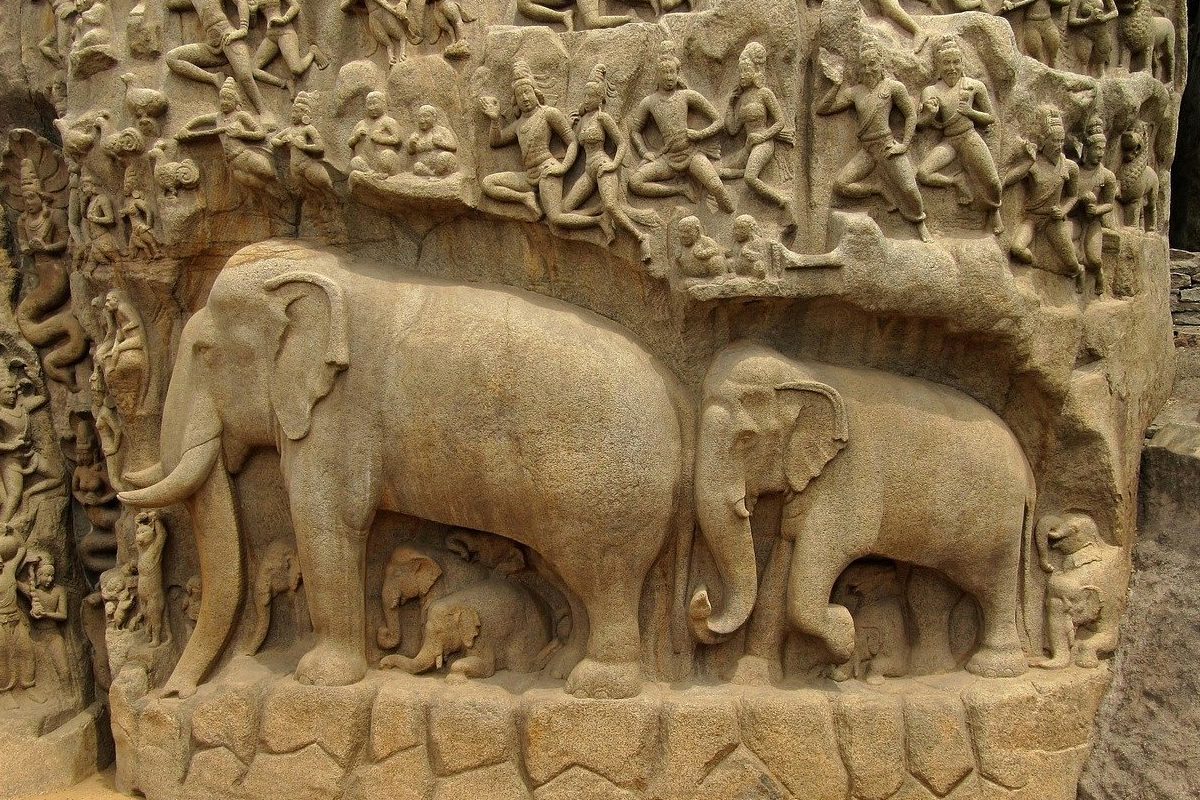 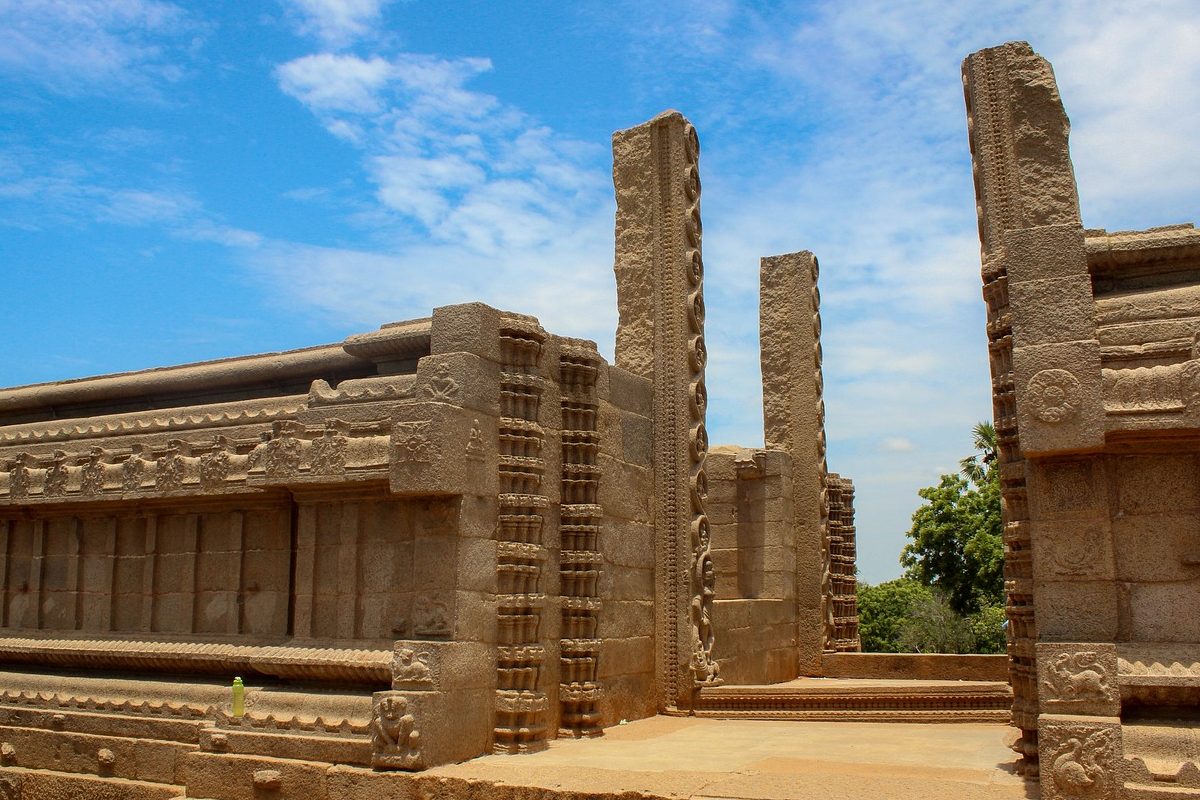 Arrive at Chennai airport and transfer to Mahabalipuram. Mahabalipuram, also known as Mamallapuram, is a town in the southeastern part of Tamil Nadu. En-route visit Crocodile Farm and Dakshinachitra (Craft village). On arrival, check into your hotel. Overnight, stay at a hotel at Mahabalipuram.
2

After breakfast check out from the hotel and drive to Chennai airport for an onward journey. 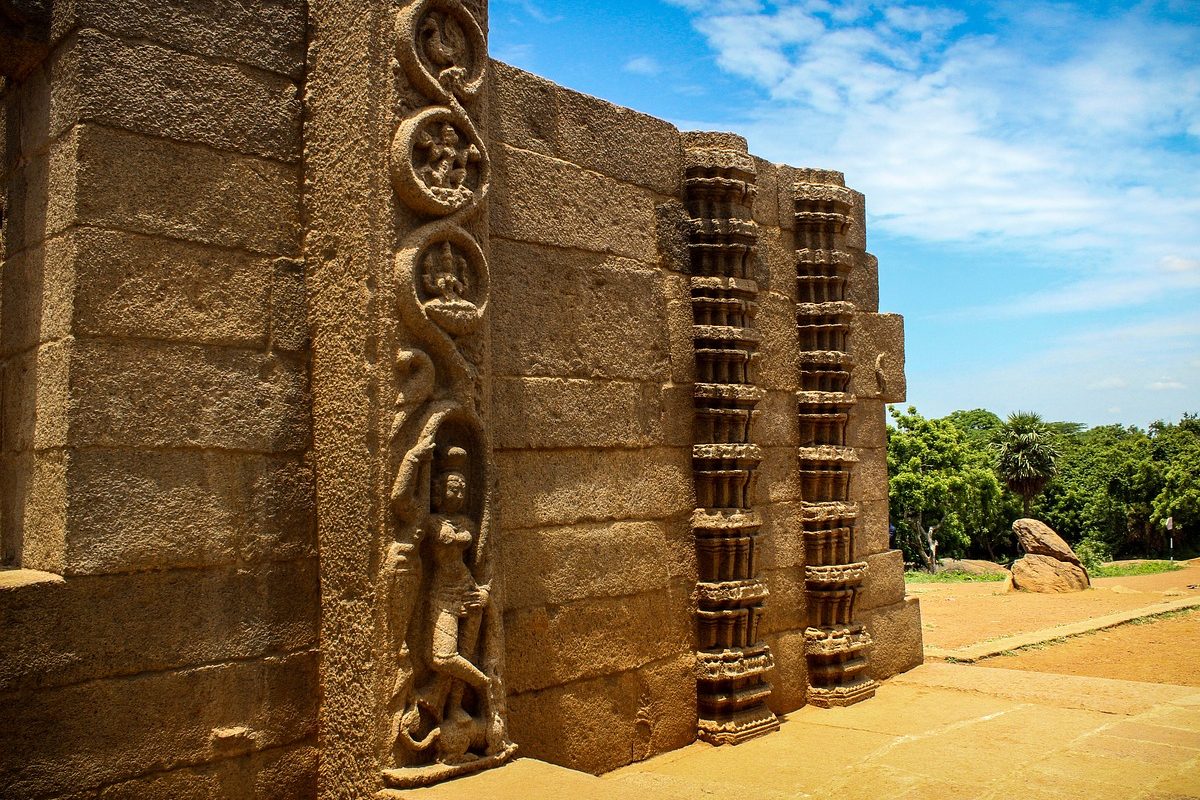